I was supposed to write about Facebook today, but I don’t have it in me. 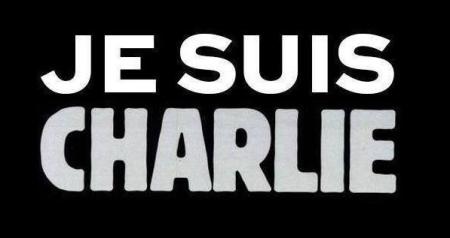 Yesterday, a French satirical newspaper, Charlie Hebdo, was attacked and twelve people were killed — ten journalists, including four well-known cartoonists, and two police officers. More senseless violence in a world that seems filled with it.

Until yesterday, I had never heard of Charlie Hebdo. I didn’t know any of the people who were killed, and I am not French nor have I ever stepped foot in the country. I have compassion for those affected, as I always do when senseless tragedies occur.

“They were cartoonists and editors and humorists. People whose job in life was to point at hypocrisy and laugh at it; to ridicule hate; to make us all try to see our own failings as humans. And they were killed for it.”  -Joe Randazzo, former editor of The Onion

Beyond that, this attack felt personal. Why? I am a writer. I’m not famous, and I have yet to publish a novel. But I use words to make a living — to give brands a voice, to convey meaning to audiences, to evoke emotion and encourage action. I feel a connection to other writers, no matter their success, and all artists: painters, cartoonists and creators of all kinds.

When I see the hashtag, #JeSuisCharlie, trending worldwide, it evokes a mixture of emotions in me. Sadness, for those involved and affected by this madness. Pride, at the unity and compassion shared by so many people around the world. Hope, that people understand the importance of ideas and expression and freedom of the press.

“You cannot kill an idea by murdering innocent people — though you can nudge it toward suicide.” -Joe Randazzo

Charlie Hebdo understands the need for hope. Despite heavy hearts and some fear, the newspaper will go to press next week. As columnist Patrick Pelloux noted, this decision shows that “stupidity will not win.” While next week’s publication will be half its usual length, the newspaper will print one million copies instead of its traditional run of 60,000.

This is what I ask: buy a copy if you can. Support Charlie Hebdo and other newspapers, publications and artists who support freedom of ideas and expression. If you’re an artist of any kind, continue to create art, because this world needs more art and less violence more than ever now. And remember the friends and families and loved ones of those who were killed, because their world has changed forever.

“The pen is mightier than the sword.”  -Edward Bulwer-Lytton, English author

Raising my pen in solidarity,
Jaime