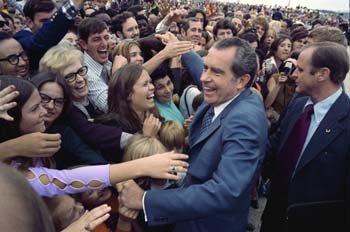 Just think how much easier it would have been for Jake and Elwood Blues if they had social media to help their cause. Of course, it wouldn’t have been nearly entertaining for us if they did.

The getaway mobile that got the band back together!
Photo courtesy of Stig Nygaard via Flickr

Are you getting the band back together? Here’s four ways social media can help:

How have you used social media to plan, promote or follow up for your events? I’d love to hear about your ideas below. Feel free to ask questions you may have about upcoming events on your schedule.

Cause-related marketing campaigns seem like a win-win situation. Consumers and businesses help support wonderful causes while the benefiting organizations raise much-needed funds. Do they really make a difference though?

As in most cases, cause-related marketing brings both good and bad. As a consumer, you can ask a few questions to ensure you really are supporting a great cause.

Since 1997, Yoplait has donated more than $34 million to breast cancer awareness through the Save Lids to Save Lives program, Race for the Cure and other initiatives.
Photo courtesy of Miss a Liss via Flickr

1) Is the cause meaningful to you? Do you believe in this organization and its mission? Target causes that you truly believe in and are close to your heart.

2) Who does the campaign benefit? Make sure that your purchase will support a reputable organization that will put the funds raised to good use. Charity Navigator is one place to check out nonprofit organizations that you’re not familiar with.

3) How is the program structured? Understand exactly how the charity will benefit through consumers’ purchases. For example, the sponsor may make a donation per purchase. Is the amount stated (i.e. 2% vs. 10%)? Is there a limit on the sponsoring company’s donation (i.e. first $100,000 raised)? Or is there a minimum amount to be raised before the company makes any donation?

4) How will the charity use the donated funds? Nonprofit organizations should be very clear on where their funds go, whether it be research, education, assisting those affected by their cause, administrative costs, etc.

5) Is the sponsoring company committed to the cause? If you’re not familiar with the company, review the packaging, display, in-store signage and/or literature for more information on its goals. Does it regularly support this cause? Does the company seem committed to making a difference?

Cause-related marketing programs can be a tremendous asset to nonprofit organizations or they can really be a scam. Do a little research to ensure that you are actually helping a worthy cause and that your hard-earned money wouldn’t be better spent.

For additional information:
Changing with the Times (MediaPost looks at what causes are hot in 2012.)
Yoplait Save Lids to Save Lives Program
Charity Navigator
Best Practices for Taking Up the Cause

Happy Boss’ Day to all of the great leaders out there!

I was sitting at an Akron Aeros (AA affiliate of the Cleveland Indians) baseball game the other night when a hitter broke his bat. Shortly after he was thrown out at first (and the pitcher danced out of the way of the jagged bat head), the PA announcer said, “That broken bat was brought to you by MDF Bats. For major league quality bats…” Seriously.

Sponsorship opportunities abound around nearly every turn, from sports to events and beyond. Some companies will do anything to see their name in lights while others question the ROI (return on investment) of such a commitment. Does your company utilize sponsorships as part of your marketing mix? How do you gauge success?

My association with sponsorships started young although I didn’t realize it at the time. No, my parents didn’t sell my forehead space to a company for $XXX. As most t-ball and little league players, my team was sponsored by a local company (which basically meant paying for the shirts. If they splurged for ice cream once in awhile after a game, that was a bonus). Of course, I didn’t think of the company as a sponsor; it was just a name on the front of my shirt (which was usually covered in enough mud or dirt to wipe out any exposure on my end). Hey, I was a catcher.

In high school, I became seriously interested in racing, especially NASCAR. Anyone familiar with the popular racing series knows that sponsors are essential to the sport today. That led to seeking sponsors for charity and/or non-profit events which eventually spilled into my marketing and event planning position where finalizing sponsors for our events was vital.

Companies measure the ROI (return on investment) of sponsorships in different ways and some don’t measure them at all.

So maybe I’m biased, but I believe that sponsorships can really pay off if they’re a good fit and are marketed correctly, preferably on both sides. Speaking of the Aeros, I became familiar with my current HVAC company, Blind & Sons, due to their sponsorship of the team. Also, I recognized at some point that I patronized sponsors of NASCAR drivers I liked without even realizing it. Apparently most NASCAR fans do… According to studies, NASCAR fans buy over $3 billion of licensed products annually and are 3 times as likely to try and purchase sponsors’ products and services. In fact, NASCAR fans are considered the most brand loyal in all of sports. [Source: Race Day Sponsor]

As someone who solicited sponsors, I always tried to ensure the companies I worked with received as much value and exposure as possible. I also tried to target companies who were a good fit for a particular opportunity and would market the sponsorship on their end as well. To me, those were the sponsorships that made everyone happy.

So, have you worked with a company you noticed through sponsorship? If so, what were the results? (As the saying goes… you can have the best marketing in the world, but if the product or service doesn’t live up to expectations, ultimately it doesn’t matter.) I have worked with companies found via sponsorship and sold companies successful sponsorships, so I’m a believer in the process, if handled correctly. Besides, who can resist their name in lights?

I would love to hear your thoughts and experiences on sponsorships as a buyer or sponsor.