What The American President Got Right About America — And Marriage Equality.

One of my favorite movies is The American President, and the scene that always jumps to mind is President Andrew Shepherd’s (an inspired performance by Michael Douglas) speech on America. If you haven’t seen it or just want to relive it, here you go.

Why do I love this speech? It nails the best — and hardest — things about living in this country. As Shepherd says…

“America isn’t easy. America is advanced citizenship. You gotta want it bad, ’cause it’s gonna put up a fight.”

Living in America brings freedom of speech, the ability to practice whatever religion you so desire, the right to peacefully assemble, to protest. It does not bring insulation from others’ opinions, ways of life or personal beliefs. The law is not your personal value system. Just because something is legal doesn’t mean that you personally agree with it; it means that other people in this country have rights as well. 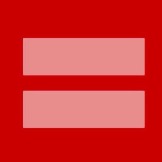 As the Supreme Court debates marriage equality, a furor has erupted from both sides on the issue. However, it makes sense to take a step back while taking a deep breath. It doesn’t matter (in a legal sense) if you’re for or against marriage equality; it’s necessary or the 14th Amendment isn’t really law.

The law’s pretty clear. Our LGBU friends should legally be allowed to enjoy the benefits of marriage just like their heterosexual counterparts. To quote the aforementioned fictitious President Shepherd…

“You want to claim this land as the land of the free? Then the symbol of your country can’t just be a flag; the symbol also has to be one of its citizens exercising his right to burn that flag in protest. Show me that, defend that, celebrate that in your classrooms. Then, you can stand up and sing about the “land of the free”.

Yes, we all need personal value systems and beliefs to navigate our course in life. Legalizing marriage equality isn’t an attack on or a support of your personal beliefs; it’s simply extending benefits of citizenry to those currently without. If you’re straight, it won’t directly affect your life. But to our gay friends, it’s an overdue part of the process toward equality.

Obviously, this is a contentious issue, so I would love your thoughts. Is my logic correct? Or do you believe that the law is about morality and personal beliefs?

Image courtesy of The Human Rights Campaign via Storify

Looking forward to the day we’re all equal,
Jaime