The tradition continues. Each year since 2012 (the year I started CCC), I’ve published a list of 50 things I’m grateful for. This isn’t a 5-minute exercise. I create the list over the course of weeks or even months. Oftentimes, I’ll jot down an activity I’m doing or a memory triggered by a conversation or passage in a book. What are you grateful for?

My business, Clearly Conveyed Communications, turned 6 in May. That’s something to be grateful for!

I love water views — while working, relaxing or contemplating life.

So, what are you grateful for? 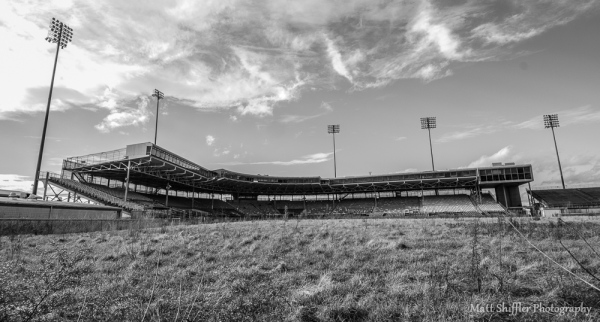 The Voice, Field of Dreams

Field of Dreams. As a baseball fan, I liked this movie about Ray Kinsella, an Iowa farmer and avid baseball fan, taking an incredible risk by plowing his profitable corn field in order to build a baseball diamond. As an entrepreneur, it also appealed to my risk-taking side as Ray put his financial future at stake in order to follow his dreams. Unfortunately, building a blog and establishing a loyal readership is not quite like Ray’s magical field of dreams.

If you build it, they will come… if you invite them. Did you dream of grabbing a domain name and waking up to a devoted following the next day? Not quite. But if you invite people who enjoy your content and keep them coming back for more, you may end up with your own field of dreams.

If you want people to read your blog (especially at first), you have to invite them. Sure, a few people may stumble through the back door via search engines (especially if you keep your SEO in mind), but not enough to fill the stands. Here’s a few ideas to get the party started:

“People will come, Ray. They’ll come to Iowa for reasons they can’t even fathom. They’ll turn up your driveway not knowing for sure why they’re doing it. They’ll arrive at your door as innocent as children, longing for the past. People will most definitely come.” –Terence Mann, Field of Dreams

How do you promote your blog?

Enough from me, now I want to hear your ideas. How do you promote your blog? Any additions to my list? Any out-of-the-box methods that have worked for you? (I know someone’s dressed up in a chicken suit somewhere…)

While writing this, I kept trying to include ways to grow your readership. I guess that’s a post for another day. Any interest in that topic?

If you’re a fellow blogger, leave your URL in the comments. I’m always looking for interesting blogs to check out, and I’m sure you are too!

What The American President Got Right About America — And Marriage Equality.

Thank you for going on this journey with me. I’ll see you at the movies.

Shock is the word that comes to mind when I heard the news that Roger Ebert had died yesterday. I always admired his work as a journalist, reporter and film critic. His book, Life Itself: A Memoir, is an intriguing look back at his amazing journey from growing up in Urbana, IL, to becoming a cultural icon.

Godspeed, Roger. Give us ‘two thumbs up’ when you meet up with Gene Siskel up there.

One of my favorite movies is The American President, and the scene that always jumps to mind is President Andrew Shepherd’s (an inspired performance by Michael Douglas) speech on America. If you haven’t seen it or just want to relive it, here you go.

Why do I love this speech? It nails the best — and hardest — things about living in this country. As Shepherd says…

“America isn’t easy. America is advanced citizenship. You gotta want it bad, ’cause it’s gonna put up a fight.”

Living in America brings freedom of speech, the ability to practice whatever religion you so desire, the right to peacefully assemble, to protest. It does not bring insulation from others’ opinions, ways of life or personal beliefs. The law is not your personal value system. Just because something is legal doesn’t mean that you personally agree with it; it means that other people in this country have rights as well.

As the Supreme Court debates marriage equality, a furor has erupted from both sides on the issue. However, it makes sense to take a step back while taking a deep breath. It doesn’t matter (in a legal sense) if you’re for or against marriage equality; it’s necessary or the 14th Amendment isn’t really law.

The law’s pretty clear. Our LGBU friends should legally be allowed to enjoy the benefits of marriage just like their heterosexual counterparts. To quote the aforementioned fictitious President Shepherd…

“You want to claim this land as the land of the free? Then the symbol of your country can’t just be a flag; the symbol also has to be one of its citizens exercising his right to burn that flag in protest. Show me that, defend that, celebrate that in your classrooms. Then, you can stand up and sing about the “land of the free”.

Yes, we all need personal value systems and beliefs to navigate our course in life. Legalizing marriage equality isn’t an attack on or a support of your personal beliefs; it’s simply extending benefits of citizenry to those currently without. If you’re straight, it won’t directly affect your life. But to our gay friends, it’s an overdue part of the process toward equality.

Obviously, this is a contentious issue, so I would love your thoughts. Is my logic correct? Or do you believe that the law is about morality and personal beliefs?

Image courtesy of The Human Rights Campaign via Storify

Looking forward to the day we’re all equal,
Jaime

When Argo won Best Picture at this year’s Academy Awards, I was thrilled. Don’t get me wrong; there was some stiff competition in the category, and I was impressed by some of the challengers, most notably LINCOLN. However, it was interesting to watch how Ben Affleck’s Best Director snub by the Academy became a leading story, how the actor handled it, and ultimately, how it helped push Argo to the forefront of the Best Picture discussion. And of course, how we can all learn from it.

Ben Affleck has been in Hollywood a long time, bursting onto the scene with his pal Matt Damon while winning an Oscar for Best Screenplay for Good Will Hunting in 1998. As he noted in this year’s rambling, heartfelt acceptance speech,

“I was here years ago or something. I had no idea what I was doing. I stood out here in front of you all… really just a kid.”

Despite this initial success, Affleck continued to seek out and learn from others in the industry while honing his craft. He thanked the “… so many wonderful people who extended themselves to me when they had nothing to benefit from it in Hollywood.” We can all continue to learn every day, no matter how many years of experience we’ve accumulated or success we’ve achieved. Appreciate those who have contributed and continue to contribute to your career.

In addition to learning every day, perseverance is key.

“It doesn’t matter how you get knocked down in life because that’s going to happen. All that matters is that you gotta get up.”
-Ben Affleck

We all need to learn to persevere because things won’t always go as planned. There are a lot of potholes, detours and speed bumps on this road we call life.

Along with his perseverance, one of the qualities throughout the entire process that drew people to this story was Affleck’s humility. He didn’t respond angrily when the Academy snubbed him of a Best Director nod; he only spoke of the deserving directors who were recognized. This was a big reason why the press and social media picked up the story and brought Argo back to the forefront of the Best Picture race. People empathized with Affleck, spoke positively about him and rooted for his movie.

When you are humble, it goes a long way to connecting with others and forming meaningful relationships — in business and in life.

So there you have it — continued learning, perseverance to his craft and humility along the way; three reasons that Ben Affleck has achieved success and his personal story helped carry his film to the forefront of the Best Picture discussion. The same three qualities that can help carry you in business and in life. If you missed Affleck’s heartfelt speech (or just want to watch it again), enjoy!

What do you think?

Did Ben Affleck’s personal story help carry Argo to a Best Picture win? What are other examples of the press and/or social media bringing an issue to everyone’s attention and affecting an outcome? I’d love to hear your thoughts in the comments below or hit me up on social media.

Today, February 12th, is Abraham Lincoln’s birthday, which brings me to LINCOLN the movie. I had high expectations due to some of the names involved: Steven Spielberg, Daniel Day-Lewis, Tommy Lee Jones — and the trailer looked intriguing. But WOW, was I blown away.

While reflecting on the movie afterward, I realized that there were some interesting takeaways I could apply to my business, and even my life.

“We’re stepped upon the world’s stage now with the fate of human dignity in our hands. Blood’s been spilled to afford us this moment.”

Have you seen LINCOLN? What are your thoughts?

What other movie(s) made you think about your life or business?